Learning to program with Java script editors – that’s not really that hard. A bit of basic mathematical understanding should be brought in for programming and the ability to think abstractly. Then there is nothing in the way of your success in learning the programming language java. This Java tutorial is intended to give you some basic information to help you learn the language. You can now access the first four chapters of the Java script examples and tutorials directly.

If you want to learn more about the program, we recommend that you work through the complete 20-part tutorial. The “Big” tutorial introduces the most important concepts that you need to know as beginners for java script. You will also receive the sample code for download and for each topic additional reading tips from the Internet. Access to all 20 chapters of the Java tutorial can be obtained directly after registration. You can see the complete table of contents with all 20 chapters in the right side column. You can also browse through all chapters and read the introduction of each chapter without registering to get an overview.

The most important concept in Java is Object orientation, which is ubiquitous there. Object orientation means that you are trying to model a program as a series of interacting objects, as in the real world. This makes it possible to reduce the complexity of a program, since it is possible to look at each object individually during programming.

But what does this mean specifically in Java? Well, in Java there are classes. Classes combine the same or similar objects. For example, human would be a possible class and Aunt Erna and Ernst Miller would be concrete objects of type human. One also speaks of the fact that Tanto Erna and Ernst Miller are instances of man.

Characteristic of classes is that all instances of a given class have the same properties and can perform the same actions. However, the values of the properties can be different from instance to instance. To keep the example of man: all people have a certain size and weight, but this differs from person to person. What is common to everyone is that they can perform the same actions, for example walking or running or swimming.

It is actually not that hard. You just need to sit down and learn.

Hello, I am Amanda, and I would like to welcome you to my blog Scriptia, where we make Java Script easier for Beginners. I am going to share my personal knowledge on the subject. Hope you will find my Java Script Examples and all the info useful and will help you learn something new. Java on! 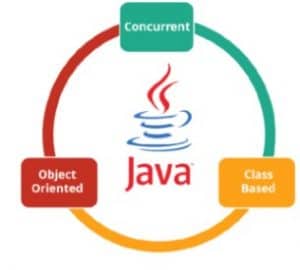